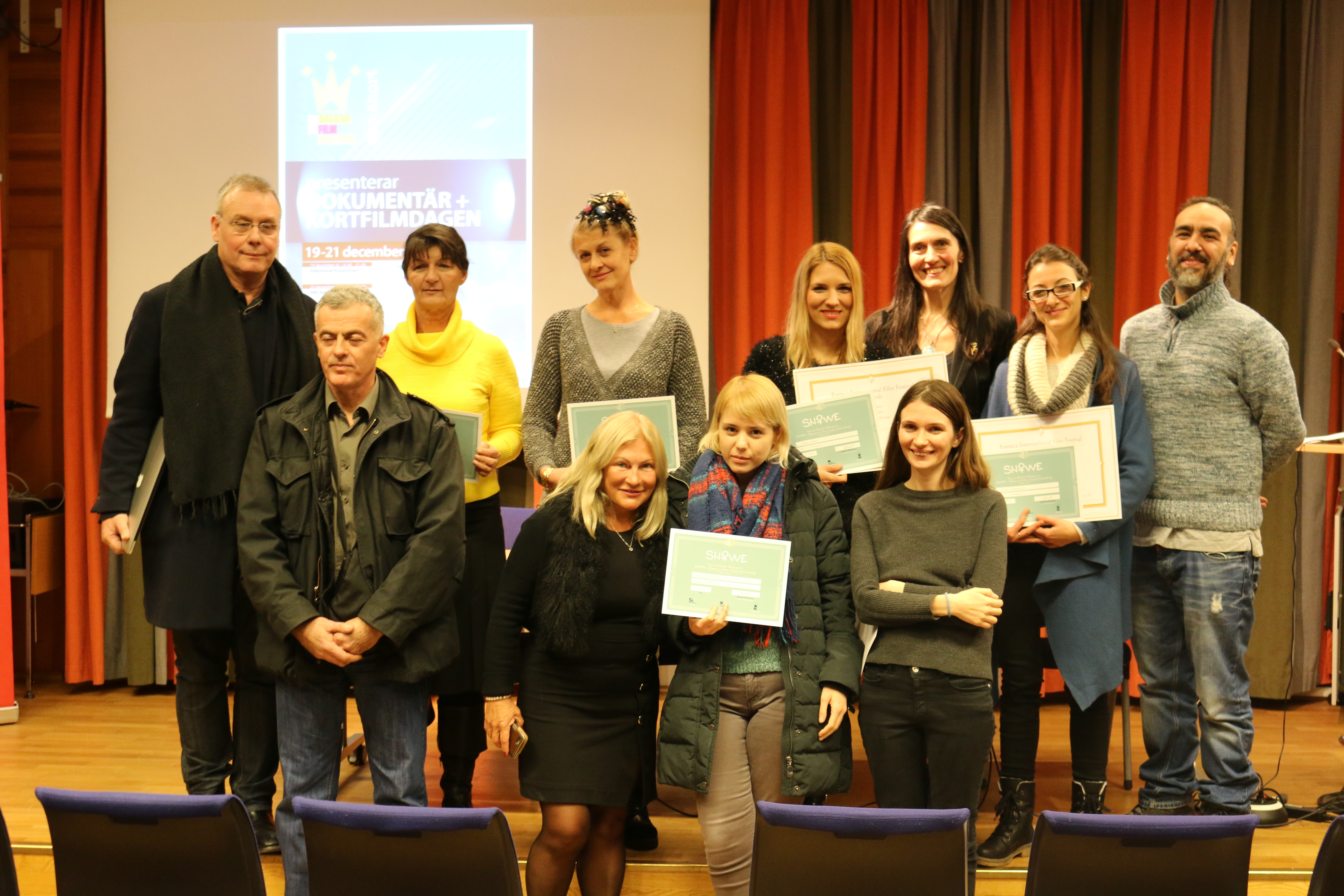 Winning films in in the Balkan film festival December 20 Stockholm

A short fiction about solidarity and friendship in a situation where it is difficult being young facing an older generation that seems to live a total different life. A film that gives the viewer an understanding of the situation for young people in Serbia.

Award Women presents in the film goes to

Memory is everything, a mix of family films and reenacted moments of holidays, love and daily life. The local story of Riejka is unfolded the result a poetic film.

A documentary film about the cult of Justin Biber that by using subtle camera movements and engaged dialogue with the bebibers opens doors to the secret rooms of desire and ambition.

An inner documentary travel in the labyrinth of love and desire in the spirit of Dusan Makajejev.

A documentary about the role of religion and holy symbols that gives a near to anthropological insight in a local history not to be forgotten.

Festival Special Prices that enrich Festival meaning through creativity and courage go to:

for director’s sensitivity that supports women presents in filmmaking on Balkan.

for film director’s courage to dive into Sirian conflict from her own perspective.

for women’s courage to come out with the deepest pain and suffering by telling the truth.