We are very proud to announce that our special guest on this year’s BaNeFF will be Lazar Ristovski, one of the most popular and most famous actors in the Balkan region. Meet him on February 18th, at 18.00 at Zita Folkets bio where his movie “Train driver’s diary” will be shown.

Lazar Ristovski was born in Yugoslavia 1952. After finishing Teachers High School, he graduated from the Faculty of Dramatic Arts of the University of Belgrade as an actor. He has appeared on stage about 4000 times. He has also starred in over 70 films, TV series and TV dramas, mostly in lead roles. Lazar Ristovski is the sole owner of Zillion Film Company – www.zillionfilm.com 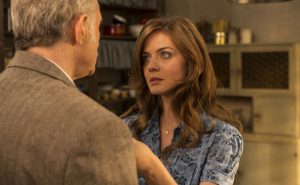