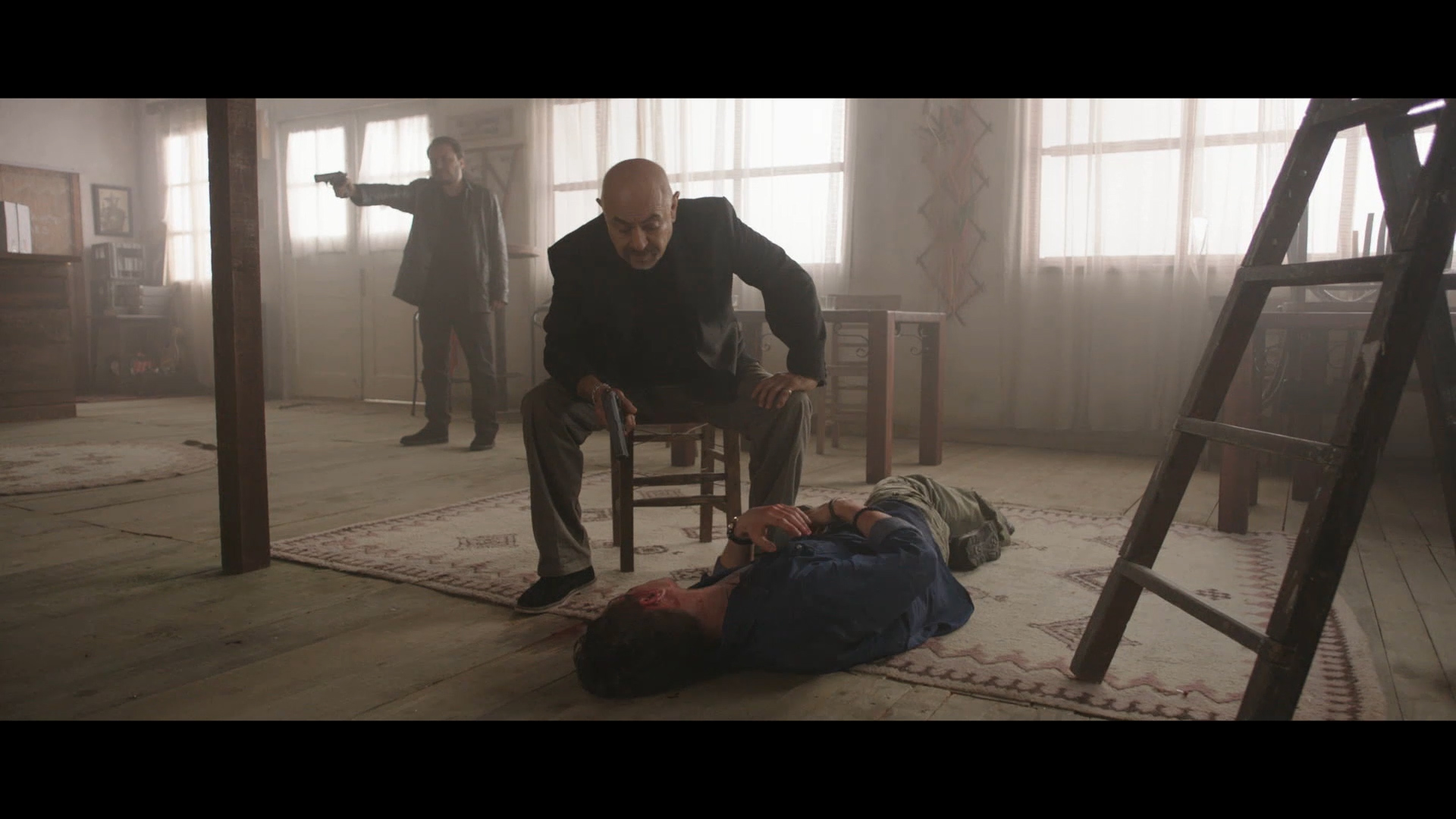 A story of two friends: Gordi, strict law obeying citizen, who wants to secure the future of his daughter Alexandra and his eldery days, and Arno, former Legionaire, a man with no God, nor law. We discover that Alexandra is in fact Arno’s daugther, that Gordi is not respecting the laws, and that Arno in fact has one law – his given word. He gave a promise to Alexandra’s dying mother, that he will look after her and Gordi; he delivers the promised to his own, bloody way.