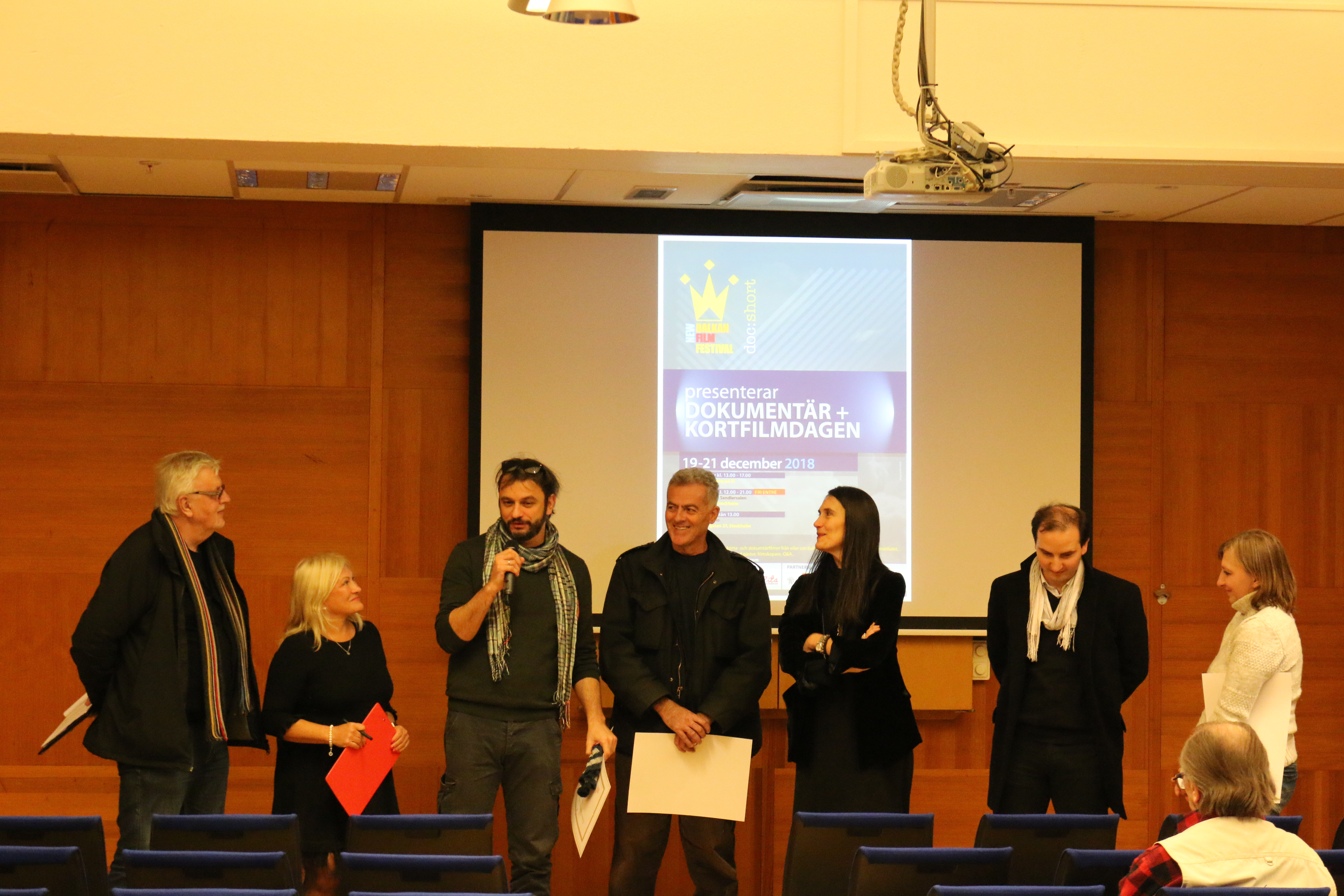 The price for the Best film –   This price goes to two very different films:  ISTI/ The Same, documentary from Serbia directed by Dejan Petrovic:

And to:  DUGO PUTOVANJE U RAT/Long road to war, a documentary from Serbia directed by Milos Skundric covering the most important years of the 19th century.

Motivation for ISTI / The Same: With excellent cinematographic skills, sharp eye and consequential directing of Dejan Petrovic, this film tells the story about life in prison. Sequences of monotony and the routines giving insight in the convicts’ ordinary days. Routines becoming life and punishment at the same time.

Motivation for DUGO PUTOVANJE U RAT/Long road to war:  With cinematic professionalism and highly creative way to use archive material this film uncover the unknown and forgotten facts that caused the IWW. Excellent directing and storytelling creates the link between the end of the 18th and beginning of the 19th century and our time.

The price for The Best Female Achievement

goes to:  The director of the OKUPIRANI BIOSKOP / Ocupied cinema. Senka Domanovic Motivation:  The director of Ocupied cinema, Senka Domanovic choose to tell us a current and in the same time everlasting story where youth and reality meets and clash.   Primary idea to follow occupation of the cinema growing up to be a metaphor for the more universal society building process.  Purposely depicting, tedious and tiresome dialogues shows us different challenges of the democratic process.

Jury decided to give a special price and it goes to: Veruda/ A Film About Bojan by Igor Brzinovic. Motivation: With one en face contact with the camera, using autobiographical base as narrative, Igor Brzinovic painting a picture of Bojan, a young man with criminal background.   With his subtle film method, gradually, the director Igor Brzinovic giving us another picture of one vulnerable victim behind this young criminal.   Films that support Festival spirit gets