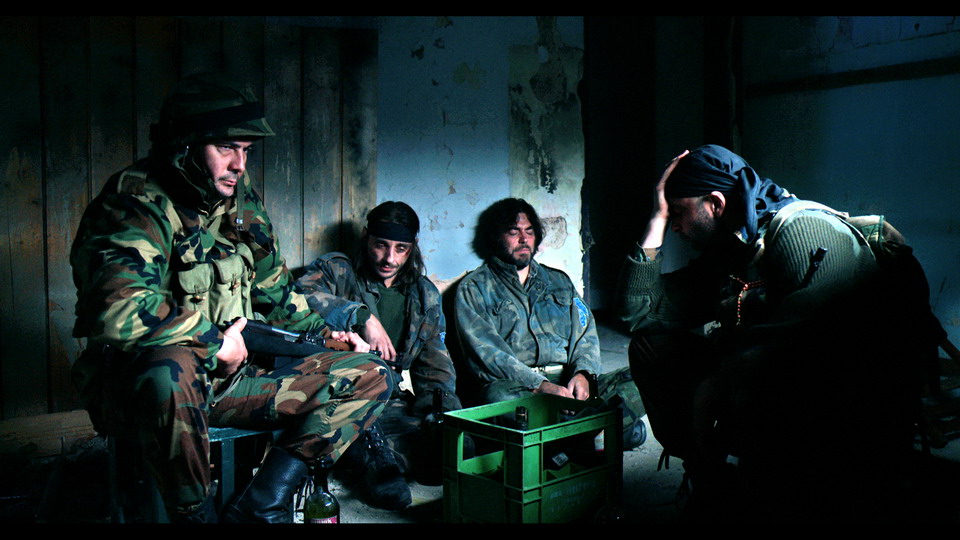 During the war in Bosnia, members of the Croatian Defence Army embark on a search for alcohol in no-man’s land. They stumble across a demolished bar between the lines with the Bosnian Army. When they reach the bar, there they find two member of the Bosnian Army, their recent ex friends. They hold them prisoners, however, after a short period of time, they start drinking together. A conflict with their co-fighters left on the line soon erupts. The film focuses on the painful atmosphere of truce between the warring sides, as an antiwar protest of a sort.