JURY AWARDS for BaNeFF 2019 with motivation 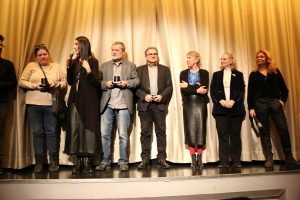