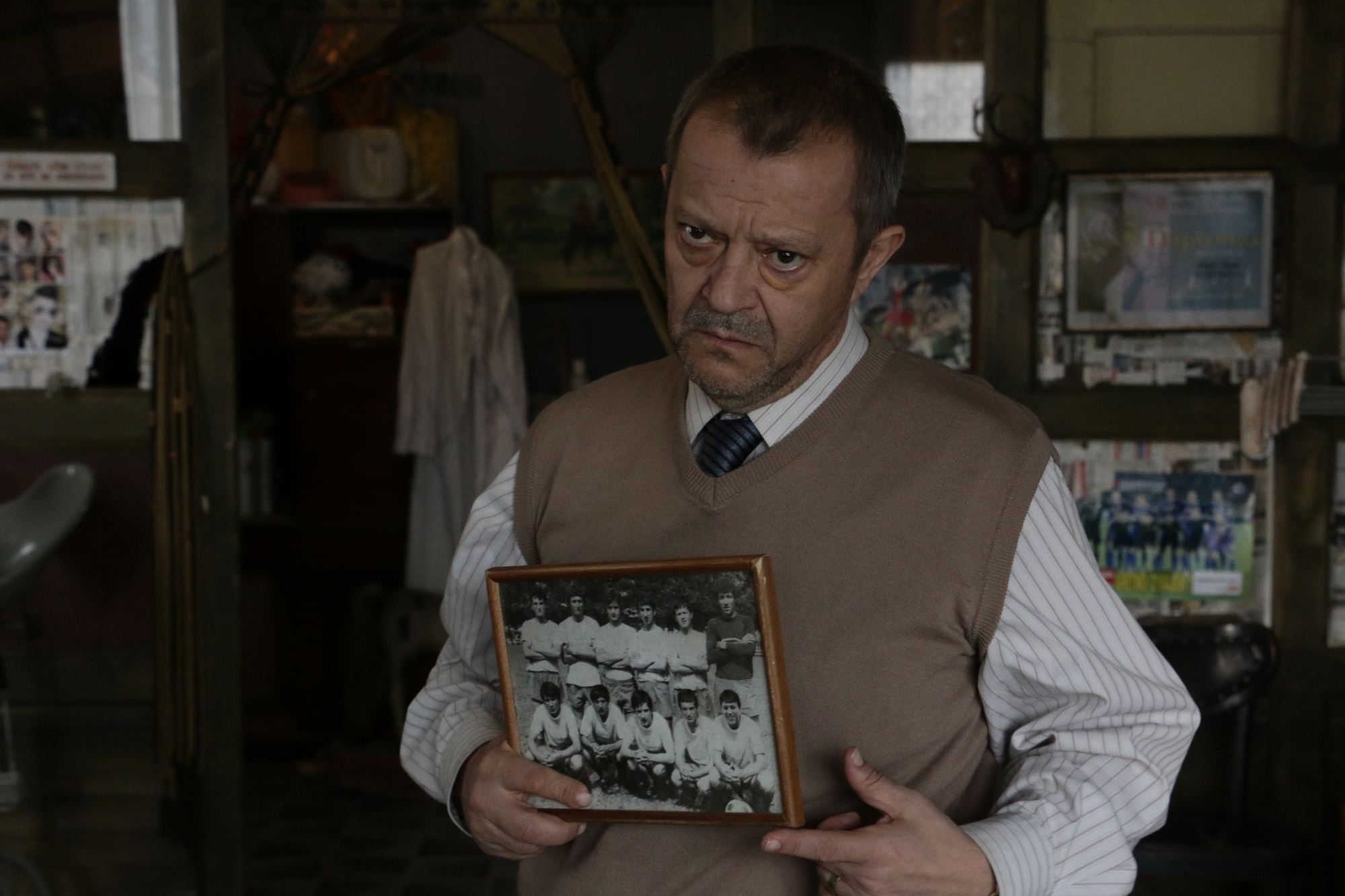 Zeko (50), barber and former soldier, now suffering from PTSP, calls his brother Braco (40) and friend Svabo (46) on Eid with the intention to use the proverbial good holiday mood and talks to his brother, gambler and alcoholic about the mistakes he makes and to give him a reason to change. Svabo, a taxi driver, was the only friend Braco has. Braco will not listen to Zeko, he is messing with him, does not take him seriously. Zeko thinks he will listen to him only if he does something really extreme, something to remember. He takes a razor and puts it on his brothers neck, and thus forces the promise that Braco will change. Braco si furious and leaves his brother’s shop and does not want to see him again. Svabo opens up to Zeko, he also made mistakes. He has a young mistress, he is living a double life, but he loves his wife and children. Does he deserve the razor on his neck? He offers Zeko medical assistance, maybe to see a psychiatrist. When Braco is left alone, without a single friend and brother, Zeko takes a bomb. He wants to kill himself. The suicide is prevented by the arrival of Muki (30), a young man who goes from door to door and sells books. Zeko offers him a shave. Muki notices a photo, Zeko in his younger days with the team at a football tournament. He invites him to choose life and come to play football with him and his friends. Muki leaves and Zeko is left alone. Between bomb and ball he chooses ball.